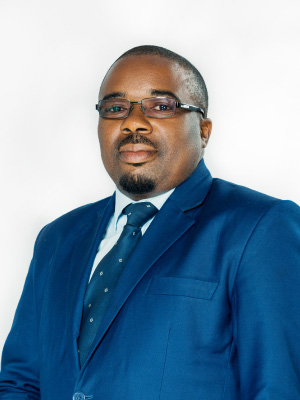 Gerald is an accomplished lawyer with more than 8 years of progressive experience in corporate law, tax law, human rights law, international trade & finance law, mining law, banking & finance law. He is a distinguished consultant having participated in major consultancy projects commissioned by the Government of the United Republic of Tanzania, multinational corporations, local and International NGOs.

Being a practicing advocate and a lecturer of law at the University of Dar es Salaam complements his practice, adding to the firm valuable skillset in corporate investigation and research for operators in the mining, banking, and insurance industries.

Gerald counsels mining investors and dealers on licensing, he assists mining conglomerates in contract negotiation and renegotiation, intellectual property rights licensing and franchising. He works with in house lawyers and auditing firms engaged by players in the banking and non-for profits industries in handling complex tax issues.

Gerald has advised some key players in the industrials sector on commercial feasibility of debt financing for enterprise expansion. Additionally, he has rendered services to local agribusiness and food companies in facilitating asset financing with local banks

His academic excellence has been equally translated into practical excellence.

We have managed to advice and work with the government of Libya through its investment company LAICO in restoring its property in Tanzania the Bahari Beach Hotel Limited.

We have managed to advise over 20 International and Local NGOs and other not-for-profit entities on legal and regulatory compliance, most especially in the advent of legal 2019 amendments. Our firm boasts experience in handling clients on USAID projects and EU funds.

We have secured the best pleas deals/plea agreement with the office of the Director for Public Prosecution (DPP) for clients in the Banking & Finance, Telecoms and Wildlife, Tourism and Leisure industries.

We have created a precedent on Corporate Restructuring & Insolvency through handling liquidation for the first insurance company undergoing voluntary winding up.

Augustine Dominic Shio is also known as Mr Shio is a highly sought-after and widely recognized criminal law expert with more than 30 years of experience advising and assisting corporations and individuals charged with white-collar crimes.

Before founding the firm Mr Shio held several positions in the public sector, he served as a Principal State Attorney at the Attorney General’s Chambers, Legal Advisor at the President’s Office (Commission for Enforcement of the Leadership Code), Director of Legal Services and Complaints at the Ministry of Home Affairs and retired as a Deputy Director of Public Prosecutions at the Directorate of the Public Prosecutions.

Mr Shio is a recipient of the Presidential Medal for his distinctive public services and ethics of the highest order. His distinguished aptitude in handling complex criminal cases, particularly money laundering, economic and organized crimes has enabled the firm to handle high profile criminal cases in Tanzania.

As the firm’s head of the Financial & Organized Crimes Department, Mr Shio represents corporations and individuals in the telecoms, media & ICT, mining, oil & gas and banking sectors in high profile criminal cases. He has advised and prepared legal compliance models and for large scale agribusiness operators, public listed companies and securities dealers and brokers in line with sector-specific laws.

He possesses vast experience in advising multinational corporations on money laundering and tax evasion throughout the life span of their commercial transactions.

Mr Shio has represented clients in major plea bargaining negotiations at the office of the Director of Public Prosecutions. He is renowned for closing some of the best pleas deals in the country on behalf of many locals and expatriates charged with money laundering, economic and organized crimes and cybercrimes. Additionally, Mr Shio consults and assists criminally charged individuals to secure pre-trail and post-trial bail on serious criminal charges.

Mr Shio holds a Bachelor’s Degree (LL.B Hons) from the University of Dar es Salaam, Certificate in Criminal Justice and Treatment of Offenders from the United Nations Institute (Fuchu, Japan). He is a certified criminal law expert in Money Laundering and Terrorism.